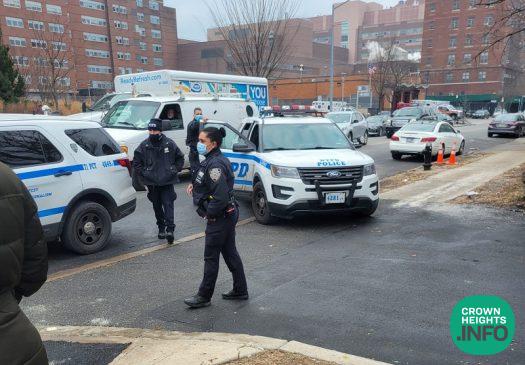 Man Arrested After Spitting On Jewish Woman in Crown Heights

A Jewish woman walking on Winthrop Street in Crown Heights was spat on and threatened Tuesday morning, leading to an arrest.

According to the victim, she was walking on Winthrop Street at the corner of Troy Ave and a man walking towards her suddenly spit at her and told her to “remember my face, I’m going to kill you one of these days.”

Crown Heights Shomrim was called, and followed the man until the police arrived a couple blocks later.

Initially, the police planned to let the man go, claiming that there was no arrestable offense. After the confusion was resolved, and the details made aware to the officers in charge, the man was arrested and taken to the 71st precinct.