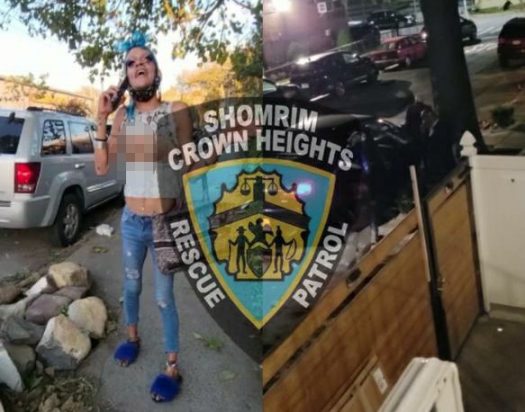 A person was arrested by the police in an anti-Semitic spitting attack on a Crown Heights Jewish woman Thursday evening.

According to a report by the NYPD, the Jewish woman had been walking on Rutland Rd and East 46th street around 5:15pm on her way to pick up her five-year-old child from the school bus. The Jewish woman was approached by a Hispanic man approximately 30 years old who followed her and spit in her face.

The spit made contact with victim’s eyes nose and mouth, all while the hispanic male screaming “[Explative] Jews… Hitler should have killed you when he had the chance [Explative].”

The victim was in fear for her safety, and called Crown Heights Shomrim and the police.

Shomrim gave thanks to the NYPD for their assistance, tweeting “At 5:15 our Vol’s responded to Rutland/Troy area for a person that spat into a woman’s face & yelled anti semetic slurs at her while she was waiting for her kids bus. Thanks to collaboration of our Vol’s & @NYPD71Pct @NYPDHateCrimes the subject is in police custody. #EyesAndEars”

The perpetrator was later spotted walking along a Crown Heights street, and was taken into custody by the NYPD.

The incident is under investigation by the NYPD’s Hate Crimes Unit.