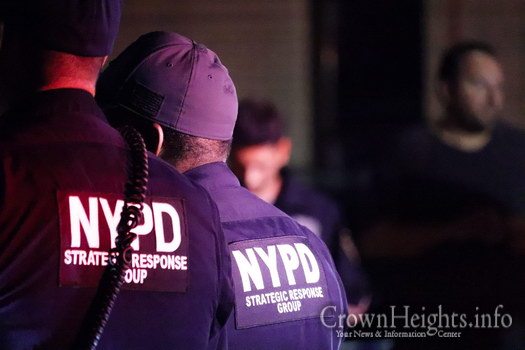 A career criminal is under arrest after stalking and assaulting two Jewish girls in Crown Heights Erev Yom Tov.

According to the NYPD, Gessley Olivier, 20, stalked the two girls into an apartment building on Eastern Parkway around 1:25pm Monday afternoon before trying to attack them.

The girls frantically ran away from the man as he threatened to assault them, hiding in the bathroom of a friend’s apartment. The creep followed the two, busting down the bathrooms door with his pants down, according to the police.

The girls were able to kick the man, allowing them to escape into a nearby shul where they sought help.

Police officers who reviewed surveillance footage were able to identify the assailant from his extensive criminal record which included more than two dozen previous arrests.

Oliver picked up Tuesday in Manhattan after he stole a Jeep and was tracked down.