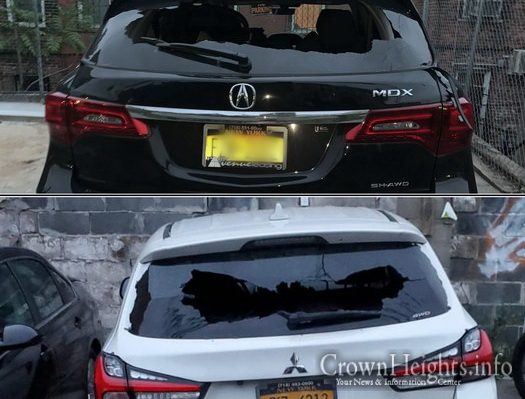 A pair of vandalizing teens went on an smashing spree Sunday evening, targeting cars parked in a alleyway in Crown Heights.

Crown Heights Shomrim received a call regarding the two teens who had entered the alleyway between Crown and Carroll Street between Troy and Schenectady Ave, where they smashed the rear windows of two vehicles.

Despite a quick response, the perpetrators were already gone by the time the volunteers arrived, followed soon after by NYPD officers.