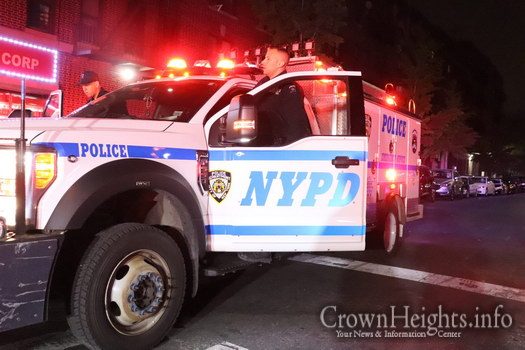 It has been an explosive evening in Crown Heights with no less than four reported shootings since 6:00pm.

According to reports, one person was shot near the intersection of Nostrand Ave and President Street around 6:30pm Monday evening, leaving the victim with non life threating injuries. Police are searching for two suspects.

Approximately twenty minutes prior to the Nostrand Ave shooting, another took place on Bedford Ave, where responding officers were able to catch up with the shooter, retrieving a loaded firearm. No injuries were reported.

Sources tell CrownHeights.info that the police are investigating all four incidents, although they could not confirm if any of the shootings were connected.