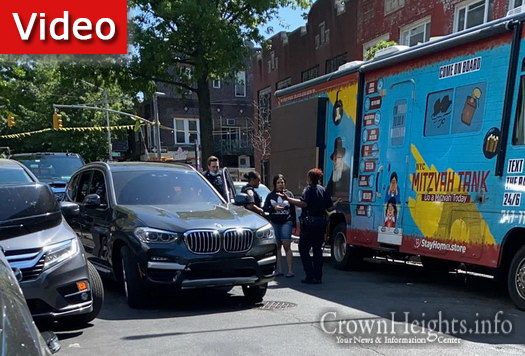 A road rage incident on Kingston Ave Tuesday afternoon, snarled traffic after one driver maced a passenger of another vehicle.

It all went down around 2:50pm on Kingston Ave between Union Street and Eastern Parkway when a woman driving a black BMW allegedly felt the other wronged her by throwing water at her car and cutting her off.

With her rage burning away her sense, the woman hopped out of her vehicle while they were both stopped at the red light and approached the driver of the Toyota, spraying his passenger in the face with a can of mace.

The mace spraying woman then attempted to escape by backing down Kingston, which she quickly discovered is not really possible on a busy afternoon.

The police were called and arrested the attacker while EMS treated the victim.

The incident backed up Kingston Ave for an extended period after the incident.