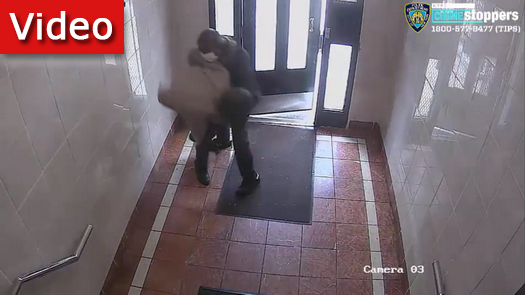 Police in Brooklyn launched a search Tuesday for a man caught on video shoving a 69-year-old man to the ground in a violent robbery.

According to the NYPD, the older man was entering his Crown Heights apartment building around 2:15 p.m. Tuesday when an unknown man followed him inside, even holding the door for him.

Surveillance video shows the assailant put the man in a headlock before throwing him to the floor and then stealing his wallet, police said.

RECOGNIZE HIM? Man puts 69-year-old in headlock, throws him to the ground and steals his wallet in his Brooklyn building, police say