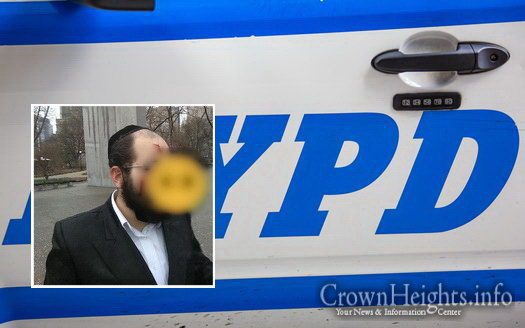 A Chassidic Jewish family of three walking in lower Manhattan were attacked by a knife-wielding man Wednesday afternoon, in an apparent random attack.

The family had been walking on State Street near Battery Park at about 5:50pm when a man passed them by before suddenly doubling back on them and pulling out a knife.

The man went to slash all three members of the family, including the 1-year-old, before the family fled on foot, wheeling the child in their stroller. According to officials, the father was slashed on the head, the mother on the lip and the baby on the chin, leaving chilling thoughts on what other potential outcomes might have occurred.

Thankfully, the family was treated for only minor injuries

According to the police, the man responsible was arrested soon after, and the knife used in the attack recovered.

The man had only been released from prison last month after spending years behind bars for a murder and robbery in August of 2011.

According to the victims and witnesses, the man was ranting as he went on his stabbing spree, but although he was ranting, none of it was anti-Semitic.