« Remdesivir Approved in US for Use in Hospitalized COVID-19 Patients
Weekly Letter: Promote the Seven Noahide Laws » 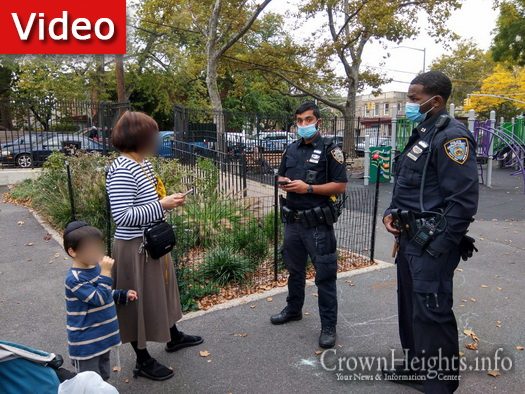 According to one of the parents, a non-Jewish family was also in the park at the time of the incident, and while the children were mingling freely the non Jewish mother began suddenly accusing a Jewish child of kicking her son.

“It happened so quickly,” the parent said. “It was so racially involved, so anti-Semitic.”

One Jewish mother pulled out her phone and began recording as the woman began screaming, spitting, and ranting about retaliation.

Noticing that she was being recorded, the screaming woman approuched the recording mother, grabbing her phone and deleting the video before slapping her in the face.

911 and Crown Heights Shomrim quickly arrived, but the woman had already fled the park with her family.

A police report was filed, and an investigation is underway.

« Remdesivir Approved in US for Use in Hospitalized COVID-19 Patients
Weekly Letter: Promote the Seven Noahide Laws »