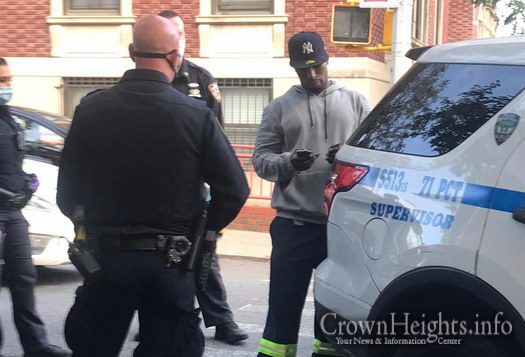 According to witnesses, the man was originally in the area of Bais Rivkah Crown Street, where he chased people around cars, cursing and shoving them. As the man began to wander towards Brooklyn Ave, Crown Heights Shomrim and 911 were called.

The man was stopped on the corner of Brooklyn Ave and Crown Street, where he was placed under arrest by the police.

According to a witness, the man also put his hands on a police officer as they were attempting to question him.

The police placed the man under medical care, and he was transferred to the hospital by city ambulance.