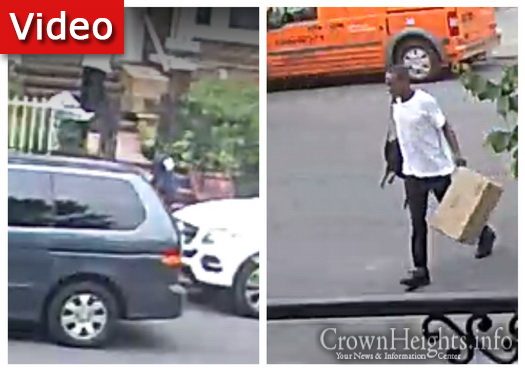 For the porch thieves of Crown Heights, it’s another normal day.

A porch thieving team caught previously on home surveillance camera relieving Crown Heights residents of their packages has been caught again, on camera.

The two had been shadowing a UPS delivery truck on Thursday as it made it’s stops on a Crown Heights block, and after one home received some large packages, decided to take one.

While the tall one stepped onto the homes porch and looked through the packages laying there, the second one, with a distinctive hunch, kept watch.

After choosing their loot, the two made off, all before the UPS truck had even left the block.