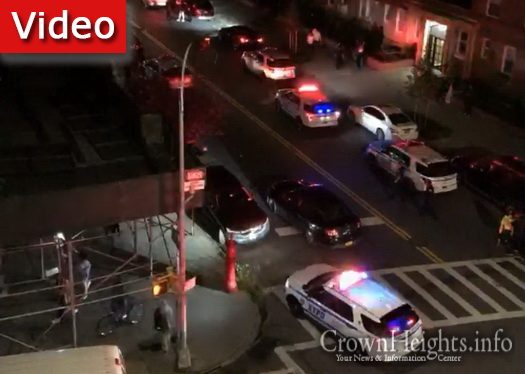 There was a lot of luck in the air tonight after gunfire erupted at a crammed block party in Crown Heights.

It all went down at the corner of Kingston Ave and Lefferts Ave around 10:20pm Motzei Shabbos, when seven shots rang out.

Pandemonium reined briefly as people ran and ducked for cover, and quickly turned rowdy as police responded to multiple 911 calls.

Thankfully, no injuries were reported from the shooting, and no arrests were made according to preliminary reports.