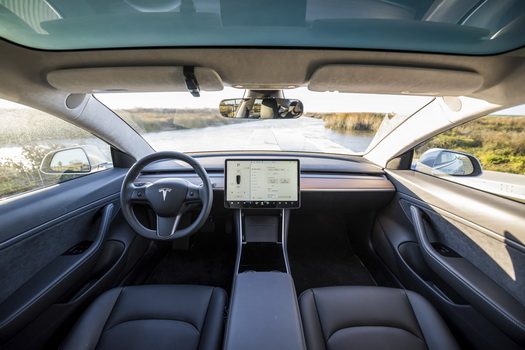 Tesla, the sleek new vehicle on the road, gathers lots of attention as it glides silently down the street, with lots of pictures taken, and envious eyes following it around.

Some people though, take envy a little too far, and in the case of a car thief Tuesday night, make the mistake of trying to steal one in Crown Heights.

You see, Tesla’s are practically driving computers, with front facing, rear facing, live streaming, movement sensing camera’s looking in all directions, including at the driver.

When this genius decided to make off with his illegally acquired black Tesla Model Three, he was actually leaving a very clear line, with a GPS enabled dot for the police to follow.

Needless to say, the thief didn’t get far from his starting location at Nostrand Ave and Carrol Street, ending his joyride at 667 Eastern Parkway, directly in front of the Oholei Torah building.

The vehicle was recovered, but it is unknown if any arrests were made in connection.