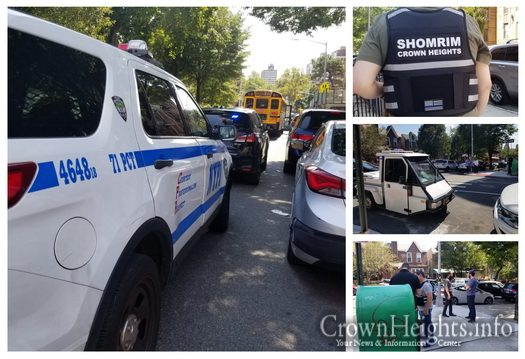 A terrifying incident took place Friday afternoon after a man pulled a knife on a school bus blocking traffic in Crown Heights.

The incident took place on the corner of Sterling Street and Brooklyn Ave, after an Oholei Torah school bus blocked traffic traveling down Sterling Street.

While the bus driver was conversing with a parent, an enraged motorist got out of his black sedan and approached the school bus with a knife. The man banged on the buses closed doors, yelling incoherently according to a witness.

Conflicting reports say that the man entered a building on the corner, while another states he returned to his car and left the scene.

The initial call to 911 was placed, as well as to Crown Heights Shomrim. While the Shomrim volunteers arrived immediately, the NYPD had a delayed response.

According to a source in the NYPD, the initial 911 call gave the wrong location, sending an NYPD response to Sterling Place and Brooklyn Ave, nearly ten blocks away and in a completely different precinct.

According to the source, it took nearly twenty minutes until the location was corrected, and from then less than five minutes before a 71st Precinct vehicle was on scene. 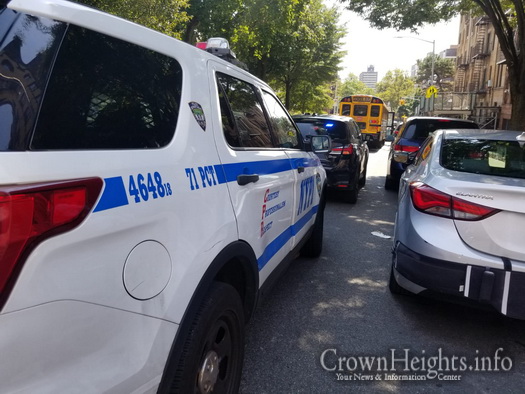 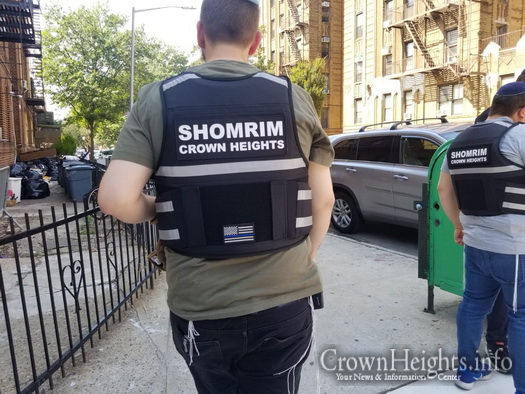 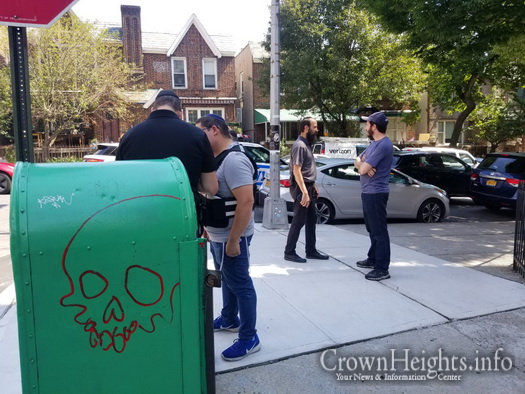 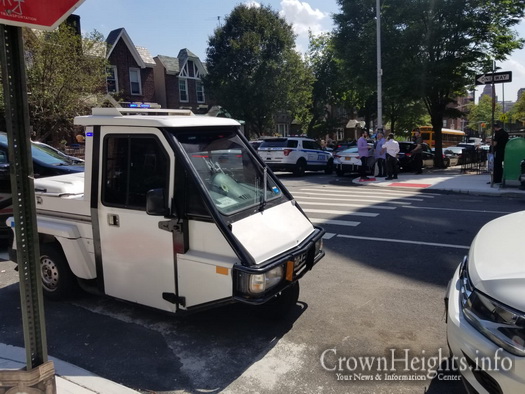 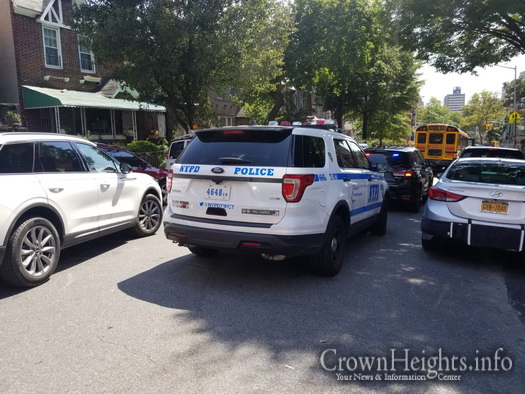 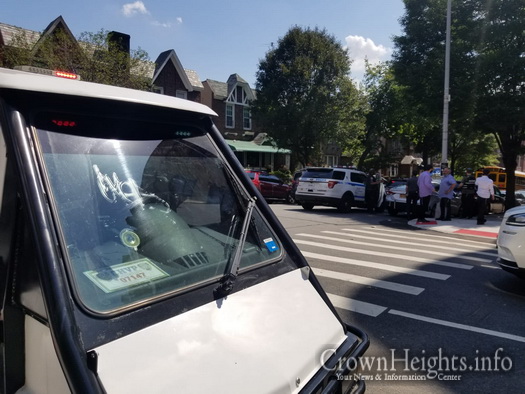