« 70Years: A Time To Check
Emunah Finishes a Safe and Healthy Summer » 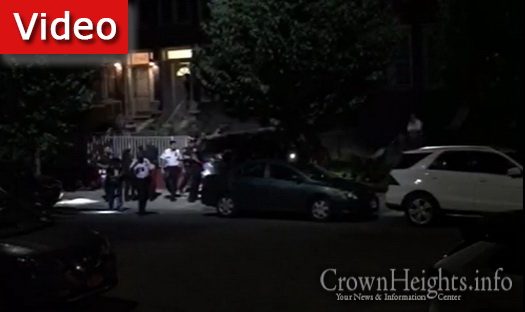 Police made an excellent catch Motzei Shabbos, after tracking down and arresting a gunpoint robber in Crown Heights just minutes after the crime.

The firearm touting thief pulled his gun on a victim near Utica Ave and Union Street, forcing the victim to hand over their belongings. The thief then took off before the police could be called.

Luck was simply not with him though.

Aviation hovering above the scene located an open garage behind a house on President Street between President and Carroll – Schenectady to Utica. Police stormed the garage and apprehended the suspect hiding inside.

Update: According to a source, the perp was actually found hiding under the Jewish owned minivan parked in the driveway.

« 70Years: A Time To Check
Emunah Finishes a Safe and Healthy Summer »