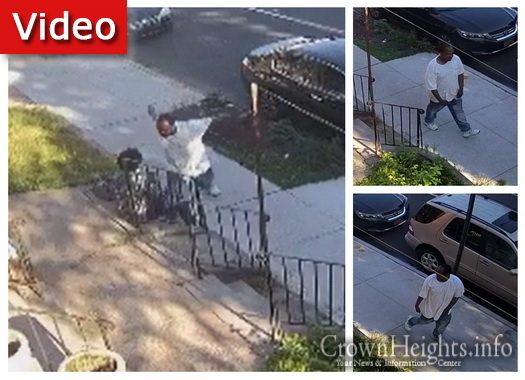 An older woman sitting on the steps of a Crown Heights home was brutally assaulted in an unprovoked and shocking assault Monday morning.

The woman, an aid to an elderly person in Crown Heights, had been sitting on the steps of a home on Sterling Street around 7:45am, when a man walking by suddenly punched her in the side of the head without warning.

The man then continued on his way, as if nothing wrong had been done.

The woman appeared startled by the attack, and did not pursue her attacker.

The incident was caught on a nearby homes surveillance camera, which Crownheights.info was told will be passed on to the NYPD.