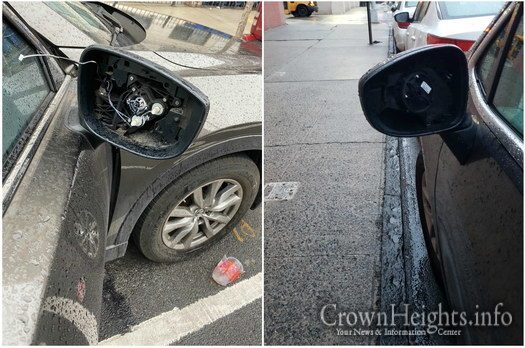 Car side-view mirrors, they are the new trend for thieves in Crown Heights.

The side-view mirrors of new cars are expensive, and come with sophisticated sensors and cameras built in behind them, making them the perfect target for thieves looking for a score.

At least three incidents of side-view mirrors stolen from parked cars have been reported in Crown Heights in just a few weeks.

One incident was reported a few weeks ago on Maple Street between Brooklyn and Kingston, where the thief removed the side-view mirror and sensors, leaving the car otherwise without a scratch.

Another incident was reported this week, where the car was found without its side-view mirror on Troy Ave between Carroll and Crown.

In a 2019 article on Mirror thefts, the New York Post reported that the thieves preferred to steal from fancy makes like Audi, Porsche, Mercedes Benz, Lexus and BMW, whose newer models sport side-view mirrors with built-in cameras that are valued between $1,500 and $2,000. It appears that the thieves have become less picky, happy to steal from minivans and mid class SUV’s.

At the time of the New York Posts article, the thefts were isolated to certain Manhattan neighborhoods.

The mirror thefts follow a similar pattern from the tire thefts in Crown Heights a few years ago. The thieves would steal the expensive tires from high end vehicles, presumably to resell to tire shops. These thieved are still active, having recently stolen tires from cars in Queens and Flatbush. 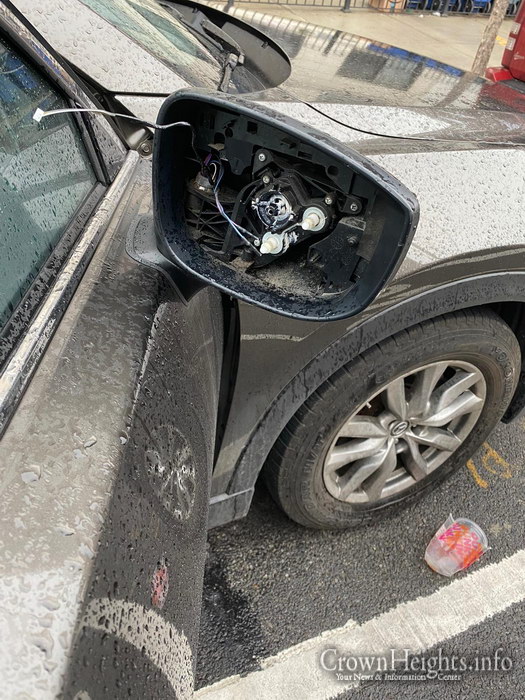 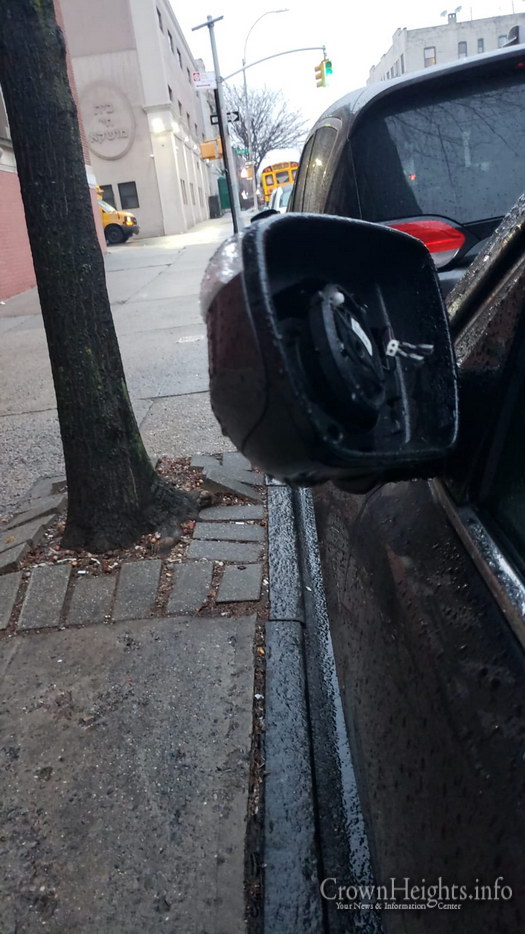 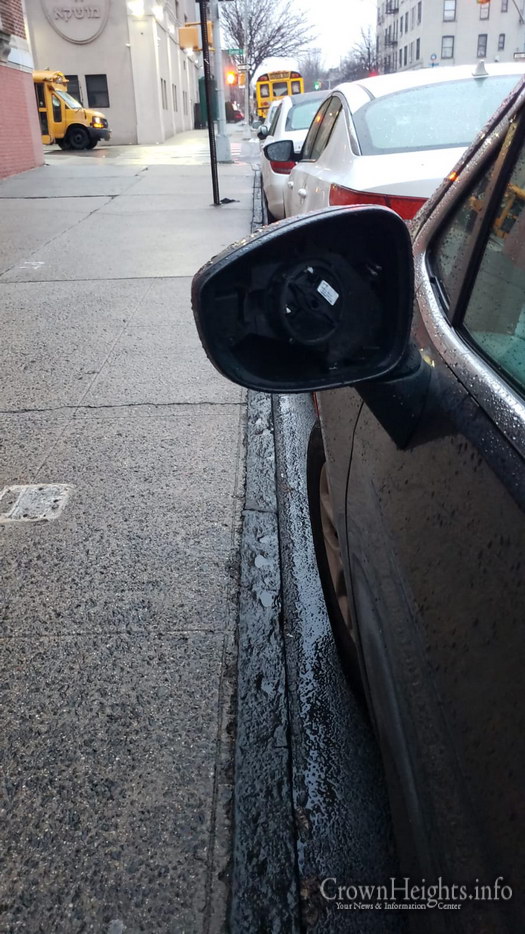 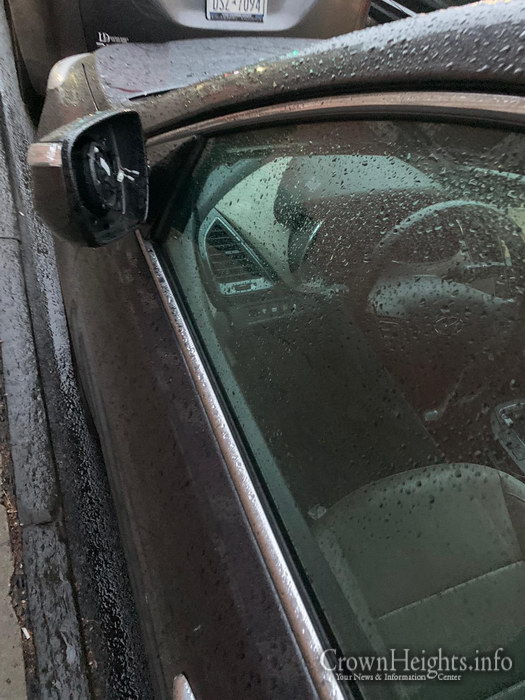 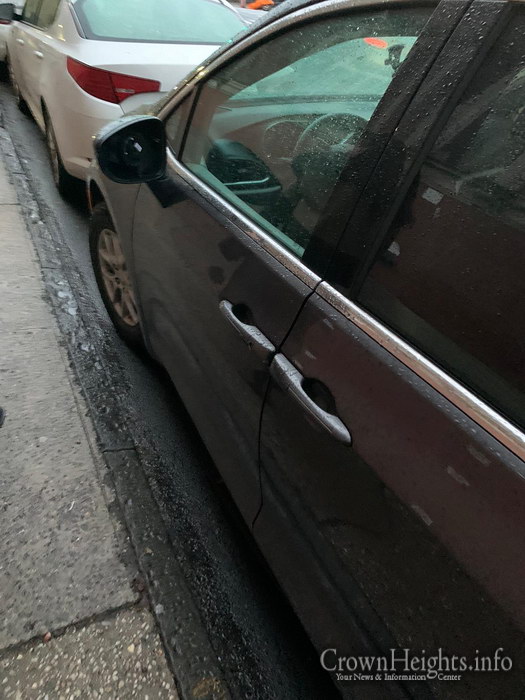