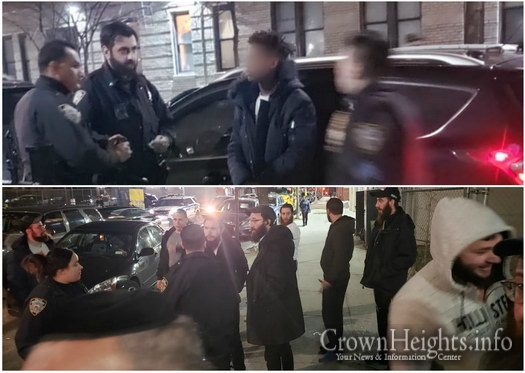 A trio of teen muggers were stopped cold Sunday night after attempting to mug two Jewish men in Crown Heights.

The trio botched the first mugging attempt after asking the first Jewish victim for his money. The Jewish man got away and immediately called the Shomrim Hotline.

More than a dozen Shomrim volunteers fanned out in the area, and identified the three near the corner of Carroll Street and Schenectady Ave, where a Crown Heights family was holding a Simcha.

The three made a second mugging attempt on a Jewish man on the corner, who fled into the shul where the Simcha was being held.

As the Shomrim volunteers closed in on the three, family and friends of the second victim began chasing the would be muggers to Troy Ave, and up towards President Street.

Two of the three muggers were stopped by the chasing community members and bochurim, while the third got away.

The victims were able to identify one of the three would be muggers, who was placed under arrest. The other was let go by the police.