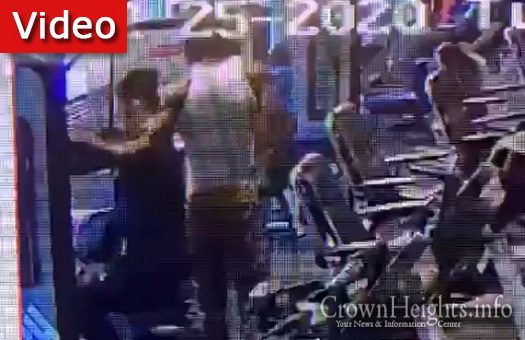 A Crown Heights bochur working out in a Crown Heights Gym this week, was the victim of an unprovoked attack by a man using anti-Semitic slurs.

The boy had been using a piece of specialized equipment at the Crunch gym in Crown Heights on Tuesday, when a black man suddenly approached and slapped him without provocation.

The bochur reported that the man called him an “[explative] Jew” as he pulled off the boys headphones and stamped on them.

The bochur called the police, who arrested the attacker for the assault. According to the victim, the police also noted that his attacker also had a warrant for his arrest regarding a previous crime.

The entire incident was caught on the gyms surveillance camera, which was shared with Crown Heights.info.

The incident is the first serious reported incident of a hate related crime since a slew of attacks on Jewish people in Brooklyn this past year caused a national stir.

Until recently, Crown Heights had seen daily patrols by the New York State Police on top of the extra patrols provided by the NYPD.