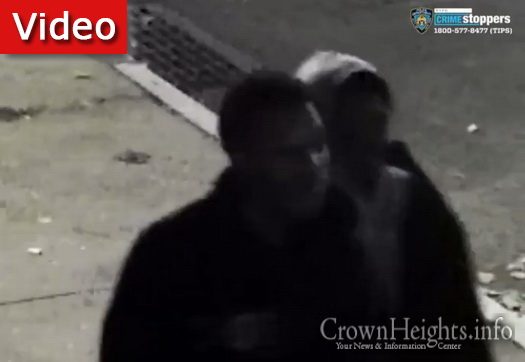 The 77th Police Precinct released video of a group of teens alleged to have harassed and assaulted two Yeshiva boys monday evening on Eastern Parkway.

The two yeshiva students, aged 14 and 15, were standing outside the Yeshiva Chovevei Torah building on Eastern Parkway near Albany Avenue around 6:00pm, when they were approached by a group of five teens.

Members of the group proceeded to smack the 14-year-old in the head and knock off his yarmulke, then removed a hat from the 15-year-old’s head and threw it to the ground according to a police report. Neither victim suffered injuries.

The group fled up Albany Avenue toward Saint Johns Place. A passerby called Crown Heights Shomrim, who tracked the perpetrators to the Albany Houses Projects several blocks away.

The date written on the tweet is incorrect, the date of the incident was 11/25/19.