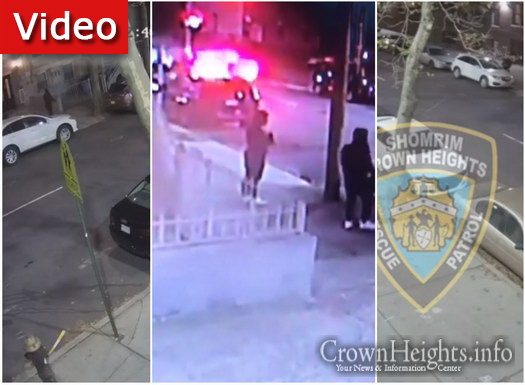 Two Crown Heights resident who parked in the same block overnight Sunday, came outside Monday morning to find their cars having been rummaged through and items stolen.

Surveillance footage from three different angles caught the perpetrators in the act as they walked down Brooklyn Ave trying door handles. They eventually found two cars parked between Empire Blvd a Lefferts Ave that were not locked.

Without missing a beat, the three disappeared into the vehicles, rummaging through them and coming out with their loot.

The three then walked off, seemingly unworried of being caught.

Vehicles in Crown Heights have been the target of numerous door handle “thieves of opportunity” in the last week, with break ins reported from Lincoln Pl in the North end of Crown Heights, to Hawthorne St just blocks away from Kings County Hospital.

If you have had a theft or break in, please sent any pictures and footage to news@CrownHeights.info, or whatsapp it to our number at 718-285-8000.