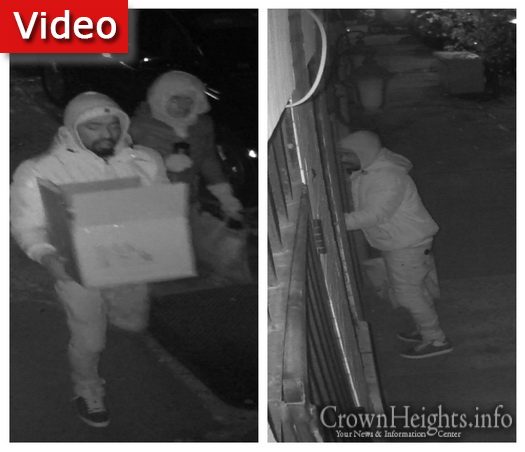 Two thieves were caught on camera for the second time this year as they broke into a Crown Heights residents car, and attempted to gain entry in to a home.

As previously reported on CrownHeights.info, the two thieves were first caught on camera two months ago, after they found the residents car door unlocked while trying car door handles throughout the block. Their faces can clearly be seen on surveillance footage as they rummaged through the car.

This time, the two attempted to gain entry into a home on Lincoln Place in Crown Heights, but failed. They settled instead for gaining entry to a minivan, stealing over $500 worth in items.

The 77th police precinct was informed of the incident.