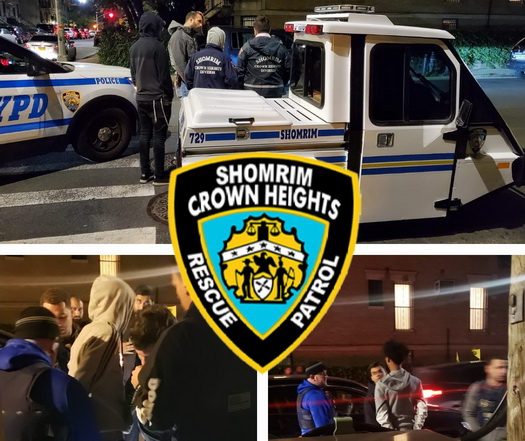 Two teenagers were spotted by Crown Heights Shomrim volunteers breaking into cars in the early hours of Friday morning.The police responded and arrested the two for multiple car break ins.

Two young teenagers were arrested in the early hours of Friday morning, after being spotted breaking into cars by an alert Shomrim volunteer.

A break in of a car on Crown Street had occurred earlier on in the night, and the volunteers were searching for a pair of tefillin believed to have been dumped by the thieves.

As the two canvassed, looking for the missing pair of tefillin, they spotted the two teenagers near Troy Ave and President St trying door handles.

The two followed and watched as they broke into multiple vehicles. 911 was called, and on Carroll St and New York Ave, the two were apprehended by the Police.