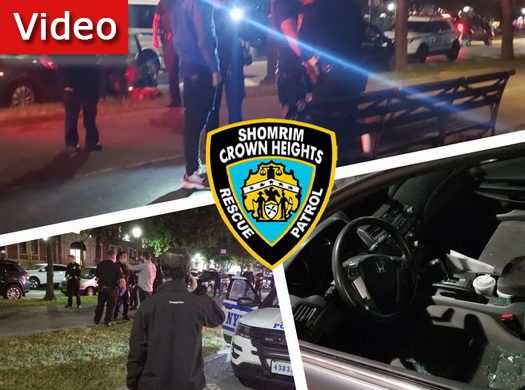 A dispute over a parking spot in Crown Heights resulted in one person arrested and left another with injuries Thursday night. Shomrim, Hatzalah and the NYPD all responded to the incident.

With parking perhaps the highest commodity in Crown Heights, it’s not surprising that every once in a while disputes over these small pieces of real estate can get heated.

A dispute between a Jewish and a hispanic man over a parking spot occurred around 9:30pm Thursday night. The dispute, which took place on Eastern Parkway near Schenectady Ave went a little further than heated, when the hispanic man punched out the Jewish mans car window.

The assailant then turned on the Jewish driver and punched him in the face, splitting his lip and breaking his nose.

Despite his injuries, the Jewish man followed his assailant as he called 911 and Shomrim.

The police responded quickly and caught up with the assailant, placing him under arrest.

Hatzalah was called, and treated the injured man for facial injuries.

A dispute over a parking spot escalated as one subject punched out a car window and then proceeded to punch the victim in the face. Job final: one UNDER thanking @NYPD71Pct and our Vol for a quick response #EyesAndEars #ItsWhatWeDo pic.twitter.com/iUdqvQbVDy