« Picture of the Day
In Israel’s Holy City of Tiberias, a New Couple Arrives in Time for a New Year » 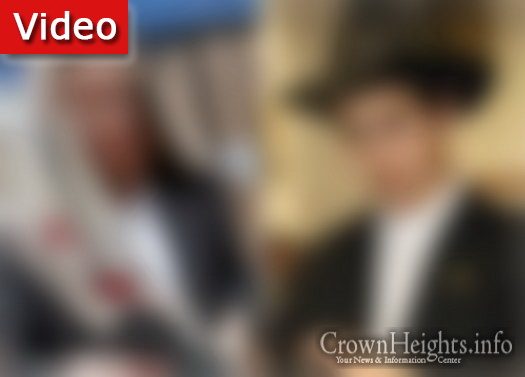 A vicious assault occurred in 770 Tuesday morning, when a bochur was beaten in the head with a milk crate. The bochur was taken to the hospital, and the assailant arrested.

A bochur became the victim of a vicious assault by 770 Erev Yom Kippur, when a teenager began beating him over the head with a milk crate.

S.B, who is rumored to be just 14 years old and a resident of Crown Heights, was seen by witnesses as he beat the 23 year old victim by 770 Tuesday morning.

The incident reportedly happened as lekach was being given out in front of 770. According to a witness, the incident ended quickly as B was seen hitting the victim multiple times on the head before running away.

The victim, who a short while prior to the assault, was assisting in distributing “Lekach” in front of 770 was captured on video making jokes while handing out the proceeds of honey cake. It is unclear if that is what triggered the violent attack.

Hatzalah was called, and transported the victim to the hospital with injuries to the head.

A witness was able to identify B soon after on Lincoln Pl and Kingston Ave, where he was arrested by the police.

B was also identified as being involved in a recent scuffle as hundreds of people gathered to say Tashlich outside 770.

(A previous version of this article included an unedited photo of the bochur who perpetrated the assault, as well as his full name. CrownHeights.info has blurred his image and removed his name after responsibility was taken, and measures put in place to make sure such an incident does not happen again.)

The following video was taken from a surveillance camera at the Library next door:

« Picture of the Day
In Israel’s Holy City of Tiberias, a New Couple Arrives in Time for a New Year »