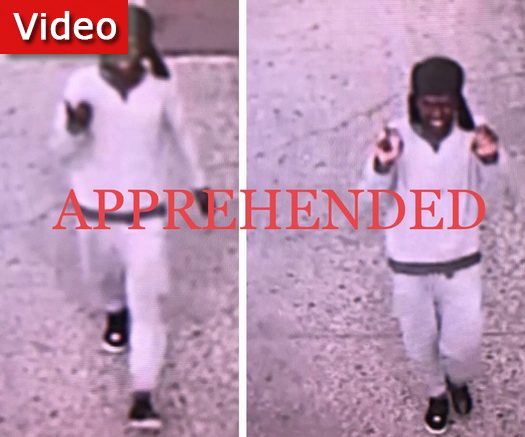 When the 71-year-old grandmother came to on the sidewalk three blocks from her Brooklyn home with a broken jaw last month, she was told by a good Samaritan she must have fallen.

But after falling unconscious again and waking up in the hospital, she learned that a grinning goon had sucker-punched her in a harrowing, unprovoked attack that was caught on video.

“I was surprised. It’s bizarre, definitely,” Baptiste told the Daily News Tuesday. “Nobody with a good mind, nobody with a family, would do such a thing.”

Charges were pending and the suspect’s name was not immediately released.

The mother of three and grandmother of 11 was walking on New York Ave. near Lefferts Ave. in Prospect-Lefferts Gardens when the stranger walloped her without warning about 5:30 p.m. Sept. 19.

She was returning home from work at a nearby daycare center when she was knocked to the ground without warning, the startling video shows.

“I did not know I was punched,” she said. “When I saw the video that’s when I realized.”

Her assailant didn’t say a word as he casually walked off. Surveillance photos released by cops show the suspect grinning widely as he walked away.

Medics took Baptiste to Kings County Hospital, where she was treated for a broken jaw and cuts to her mouth that required stitches.

INTERIM UPDATE: Pleased to announce that the suspect wanted for the heinous, unprovoked attack of a 71-yr-old woman in Brooklyn has been APPREHENDED. Add’l details forthcoming. pic.twitter.com/qmDDpuzJY1