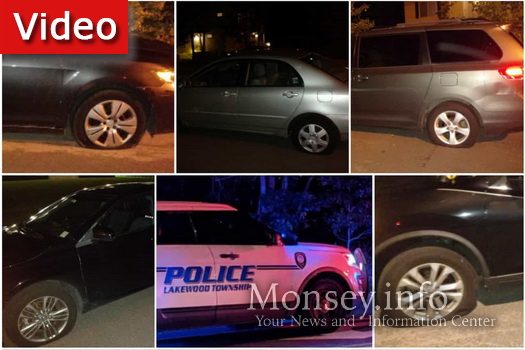 A tire slashing spree in Lakewood over shabbos is now being investigated as a hate crime, after 57 cars had their tires slashed, all of them Jewish.

A man went on a tire slashing spree early shabbos morning, leaving 57 cars with their tires slashed, all of them Jewish.

The man, caught on surveillance camera, targeted the Jewish cars as early as 1:40am shabbos morning, slashing the tires with a knife.

A generous donor stepped in following the incident, and sponsored a number of new tires for those affected by the slashing rampage.

The incident is being investigated as a hate crime.

The ‘tire slashing’ this past friday night in the Albert Ave. area #keepitsafe #seesomethingsaysomething #securitycameras