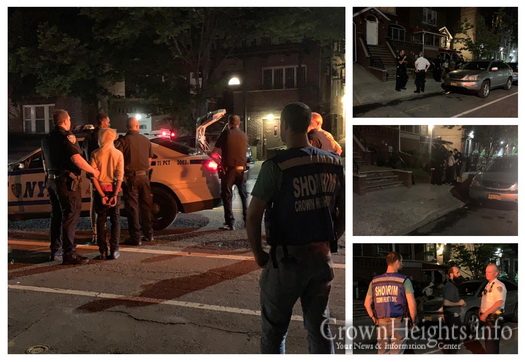 Two teenagers were arrested early Friday morning after breaking into a School bus parked in Crown Heights. Shomrim was called, and the teenagers taken into custody by the Police.

Two teenage boys were arrested in the early hours of Friday morning, after they were spotted hopping out of a school bus parked in Crown Heights.

The bus, owned by Ohr Menachem, was parked on Troy Ave between Crown St and Montgomery St, and its front door had been forced by the pair.. A passing bus driver, out on a late run, noticed the pair.

Shomrim was called, and after tailing them to Empire Blvd and Albany Ave, they were stopped and taken into custody by the police.

After responding to a hotline tip great collaboration between our Vol and @NYPD71Pct leads to two UNDER arrest for vandalizing a school bus #ItsWhatWeDo #EyesAndEars pic.twitter.com/dtMRrY22gC