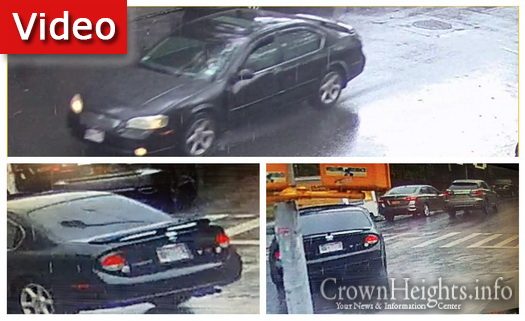 Just minutes before 3:30pm Tuesday afternoon, a woman walking on Albany Ave was struck by a vehicle as she crossed over Carroll St.

The woman had been crossing on walk when the driver took the left turn from Albany onto Carroll, striking her and throwing her to the ground.

The car didn’t stop, instead continued driving, and left the scene.

Hatzalah and Shomrim responded to the incident, with Hatzalah treating the woman, and transporting her to the hospital.

Shomrim acquired surveillance footage of the hit and run from a nearby home, and provided it to the police for investigation.