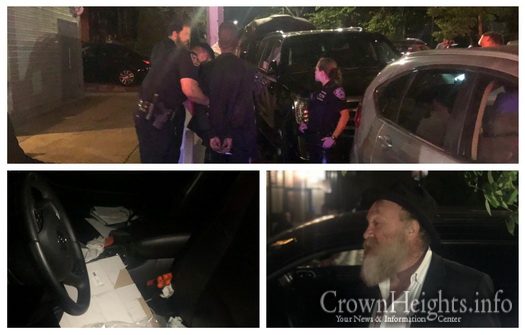 Terrance Nelson, a repeat car break-in offender, was again caught breaking into a car Wednesday night. He was caught red handed by the owner of the vehicle, and was held until the police arrived to arrest him.

Repeat offender, Terrance Nelson, who perhaps holds the record for the number of cars broken into in Crown Heights, has again been arrested Wednesday night, for breaking into a vehicle.

He was caught red handed while rummaging through a vehicle on Union Street between Brooklyn Ave and Kingston Ave. The owner of the vehicle, Rabbi Yossel Mochkin, came across him while he was still in the vehicle.

Mochkin yelled for help, and with the assistance of other community members, was able to detain him until the police arrived.

The police placed Nelson under arrest yet again.

Nelson has been arrested numerous times, but without fail, is back on the streets of Crown Heights breaking into cars.