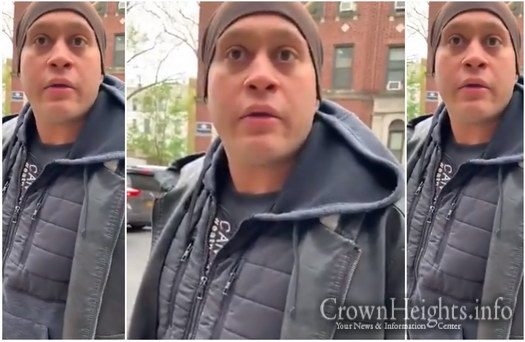 In another anti-Semitic incident in Crown Heights, a man was seen harassing children on the street. When confronted, he spat on the man confronting him, and spewed his anti-Semitic beliefs.

Blachman confronted the man, who responded with anti-Semitic slur.

“Jews are all the same…you invented the cult” he said, and spat in Jack’s face.

Blachman had videos the encounter, and it was tweeted out by Crown Heights activist Rabbi Yaakov Behrman.