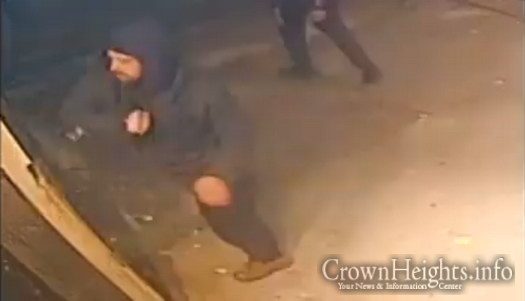 In an apparent act of vandalism, a synagogue in Manhattan had one of its windows broken. The act, which caught on surveillance camera, does not appear to be a hate crime.

An overnight act of vandalism was caught on surveillance camera at Congregation Talmud Torah Adereth El on East 29th Street in Kips Bay.

The second man can be seen congratulating the first as they continue making their way along the street.

No arrests have been made by the local NYPD precinct in regards to the incident.