« Picture of the Day
The Menorah That Outshone the Nazis » 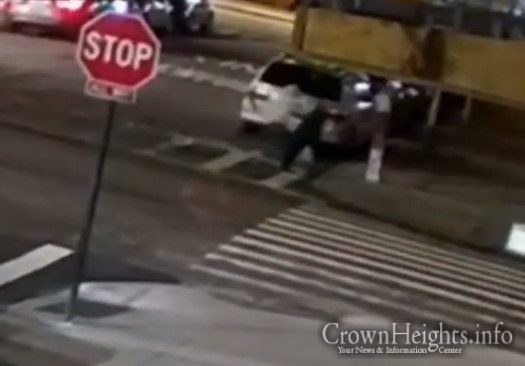 In another unprovoked incident, a child was punched from behind in Williamsburg Sunday evening. The boy was thrown to the ground and the perpetrator fled.

Just after 6:00pm, on the corner of Throop Ave and Walton St, a child was punched from behind, knocking him to the floor.

The apparently unprovoked incident can be seen on surveillance footage, showing a man wearing a light colored hoodie sweatshirt target the child.

He can be seen starting to head back across the street, but reverses suddenly as soon as the two children have passed.

He then runs at the child from behind, and swings at his head, punching him and knocking him to the ground.

The suspect was with a group of approximately ten teens just before the incident occurred.

A police report was filed and an investigation is underway.

« Picture of the Day
The Menorah That Outshone the Nazis »