« The Future Is Here: Tuition-Free Jewish Day School in Myrtle Beach
8:00pm: How Do I Find Myself When I Feel Lost? » 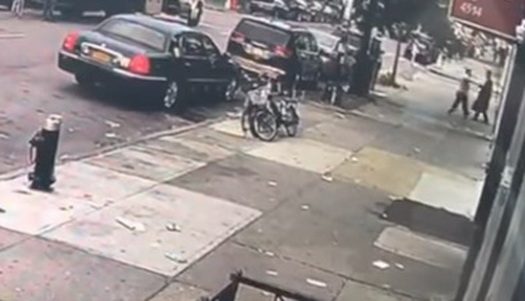 A Jewish man walking to synagogue was attacked and beaten by a man on Sunday morning.

Sources tell YWN that at approximately 7:30AM a 62-year-old Jewish man was walking to Shul on 13th Avenue near 46 Street, carrying his Tallis and Tefillin. Suddenly, a vehicle screeched to a halt, the driver got out, and ran towards the victim. He began punching him in his face and screaming at him – all in a totally unprovoked attack. The man broke free and began running, but the suspect once again assaulted him in front of TD Bank.

The NYPD responded to reports of the assault and took the suspect into custody. The vehicle he was driving said “Church Ave Car Service” on it. Boro Park Shomrim were on the scene as well assisting police.

Hate Crimes Task Force has been requested and are responding to the 66 Precinct.

7:30am. Shomrim volunteers responded quickly to 13th Avenue after we received calls for an assault in progress. Thanks to the great #Collaboration with @NYPD66Pct the assaulter was arrested. #HereForYou #WorkingTogether #KeepingYouSafe #FightingCrime #SaferStreets pic.twitter.com/fPyjQjWFWP

« The Future Is Here: Tuition-Free Jewish Day School in Myrtle Beach
8:00pm: How Do I Find Myself When I Feel Lost? »