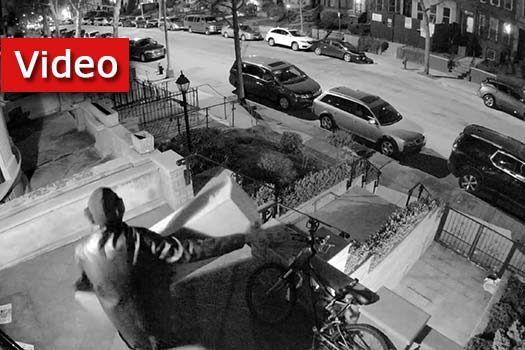 A thief was captures on surveillance video making off with a large package, valued at over $200, from a home on President Street in Crown Heights.

Millions of packages have been stolen from residences across the United States, leading to the coining of the term “porch pirate” to describe such theft.

The thief in this case appears to be a Black man in his 60’s and he struck on Saturday night at around 12:40am on President Street in Crown Heights.