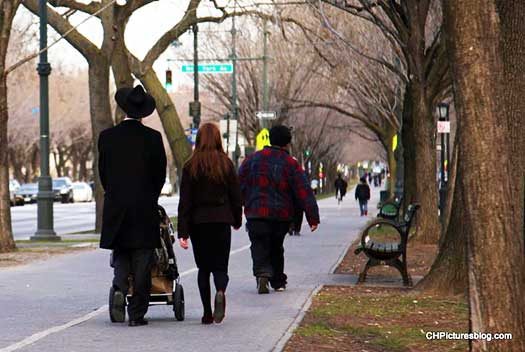 A Jewish woman was suddenly and unprovokedly accosted by woman who grabbed her wig off her head and shouted an anti-Semitic expletive at her, while she was walking on Eastern Parkway.

The incident occurred on Monday afternoon at around 2:30pm on Eastern Parkway near Albany Avenue. The victim, a 62-year-old Jewish woman, was accosted by a woman who grabbed and pulled off her wig while yelling expletives at her.

“You f***ing Jew” she yelled, in a completely unprovoked attack, then pulled her wig off and walked away with it.

The victim, who cannot see very well, walked into the police precinct a while later to report the crime but could not provide specific details about the perpetrator. “I was walking and suddenly she was standing in front of me and yelling” the victim said, describing the attacker as a woman but unable to provide other details.

“The incident is being treated as a possible bias crime and will be investigated by the hate crimes task force” a police source said, adding that a search for surveillance footage is currently ongoing. Shomrim volunteers were seen assisting in the search.