« Weekly Thought: How Much Must We Give?
Photos and Video: Adar Joy Begins at ULY » 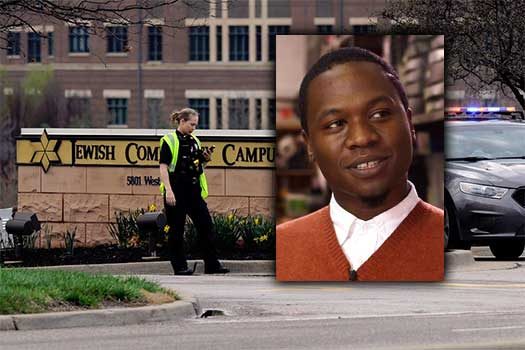 Bomb threats made against Chabad institutions, Jewish Community Centers and the ADL have been a weekly occurrence since January, and have been terrorizing communities across the states. An unsealed indictment revealed that the FBI has arrested a disgraced journalist in connection with these threats.

Juan Thompson, 31, a disgraced journalist was arrested by the FBI in connection with bomb threats that were made against schools, Jewish centers and organizations from coast to coast and terrorizing communities for nearly two months.

An unsealed against Thompson paints a bizarre and unsettling picture of man on a mission to terrorize an ex-girlfriend and carryout a vendetta against “white” people and “racist media”.

He invoked his girlfriend’s name in making four of the bomb threats, the FBI said in court papers. “Thompson appears to have made some of the … threats as part of a sustained campaign to harass and intimidate” the former girlfriend, according to an FBI complaint.

Thompson, arrested at his grandmother’s house in St. Louis, was held without bail Friday after a Federal Court appearance on charges of cyberstalking.

His next court date was Wednesday, with his transfer to New York among the topics on the docket.

The threats by Thompson “not only involved the defamation of his female victim, but … intimidated an entire community,” said William Sweeney, head of the New York FBI office.

Thompson was fired from The Intercept, an online publication, in February 2016 after it was discovered that he fabricated quotes from sources that either he never spoke with him or didn’t exist at all. In a statement they wrote “Thompson went to great lengths to deceive his editors, creating an email account to impersonate a source and lying about his reporting methods.”

« Weekly Thought: How Much Must We Give?
Photos and Video: Adar Joy Begins at ULY »