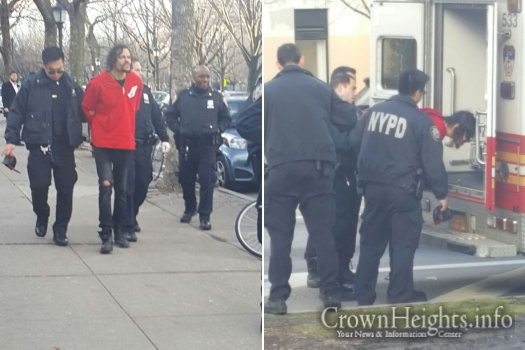 At around 2:30pm this afternoon, an emotionally disturbed man walked into 770 with a plastic knife in his hand, and began to act rowdy and belligerently towards other worshipers.

A bystander went outside to the NYPD’s Police Command Post on the corner and notified the officers.

The officers responded to the scene and confronted the man as he was exiting 770.

They determined that the man was a danger to himself and others and took him into involuntary custody, transporting him by ambulance to an area hospital for a psychological evaluation.