« Video: No Need to Wait Until I Am Grown
Rule Change Allows Women-Only Swimming Hours to Continue » 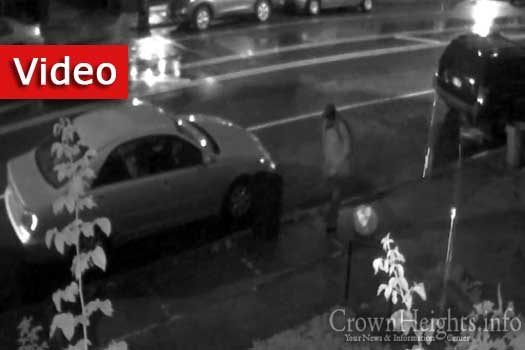 Surveillance video has emerged in connection with a tire slashing spree, which is being investigated as a possible hate. In the video the suspect is seen brazenly stabbing at the tires of multiple cars, even as people walk by.

As Shabbos ended dozens of residents discovered that their vehicles tires were slashed, many with multiple punctures.

Police were called and filed complaints in connection with the incidents. A police source said that “Most [of the] cars are Jewish-owned. Hate Crimes [Task Force] will be investigating it to make a determination if it’s a hate crime or not.  No markings of any faith or religion were on most cars.”

The suspect appears to be a black male, wearing a backpack and a beanie cap.

« Video: No Need to Wait Until I Am Grown
Rule Change Allows Women-Only Swimming Hours to Continue »