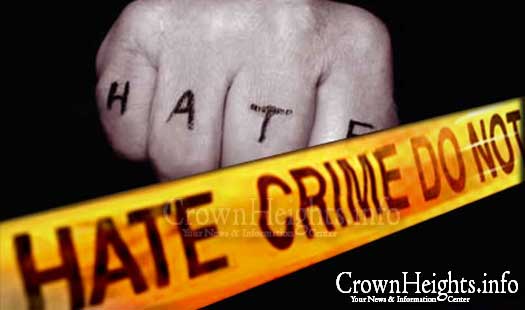 Yesterday evening, a Jewish teenager in Crown Heights called 911 and reported that he had been the victim of a hate crime. Police responded by swiftly arresting and charging the suspected perpetrator, but later discovered to their chagrin that the whole thing had been made up.

The incident occurred at around 6:00pm, Wednesday evening. The alleged victim told police that he was riding his bike near the corner of Kingston Ave. and Carroll Street when he was approached by a group of four African-American men. He claimed that one of the men pushed him off his bike and tried to steal it, while shouting anti-Semitic slurs, including ‘Heil Hitler’ and ‘Hitler should have killed you all.’

Police responded to the scene and swiftly caught and arrested the alleged perpetrator, charging him with attempted robbery and a hate crime.

However, amid a subsequent interview with the alleged victim, police detectives discovered inconsistencies with his story. After further questioning, the ‘victim’ admitted that he had fabricated the story in an attempt to get back at the man following a verbal altercation.

The officers apologized to the accused man and released him from custody.