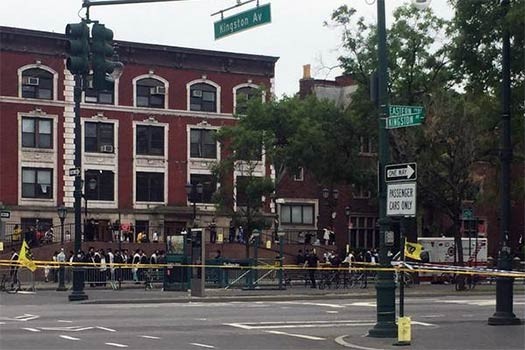 Eastern Parkway was shut down Shabbos afternoon after police received a report of a suspicious package near 770. The entire vicinity remained closed for over two hours as police investigated.

The incident began unfolding at around noon, just as davening was ending in 770. Police received a report of a suspicious package on Eastern Parkway near 770 and immediately shut down the area.

Police cordoned off the entire stretch of Eastern Parkway was closed from Brooklyn Avenue to Kingston Avenue to both vehicle and pedestrian traffic while they called in the bomb squad.

Nearly two hours later police discovered that the package contained some sort of battery which was deemed harmless and the street was reopened.

Sources said that with the heightened alert following terror attacks around the world police were not taking any risks.