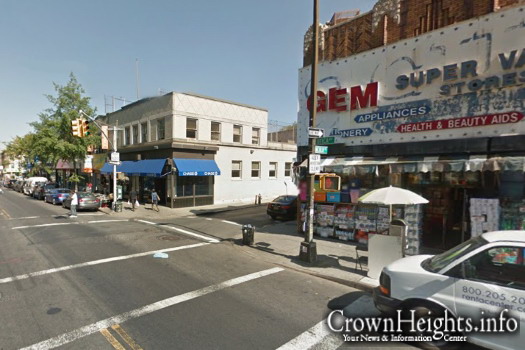 The incident occurred on the corner of Utica Ave. and Lincoln Pl.

A Brooklyn man was indicted for a daring crime spree near the corner of Utica Ave. and Lincoln Place in Crown Heights, in which he allegedly impersonated a police officer, pulled over a van, brandished a gun, and threatened to kill its driver.

According to a release from Brooklyn DA Ken Thompson, on September 5th at around 7:40 p.m., 20-year-old Maurice Joiner was cut off in traffic by a van making a U-turn near Utica Avenue and Lincoln Place in Crown Heights. Investigators say Joiner then turned on a set of flashing blue and red lights he had installed in his Lincoln Aviator, and pulled behind the van, which then pulled over.

Joiner exited his SUV and walked up to the van “cursing,” investigators say, making the driver of the van nervous and causing him to flee; Joiner then pulled up next to the van, brandished a pistol and a badge, and told the van driver through his window that he intended to “blow his head off.”