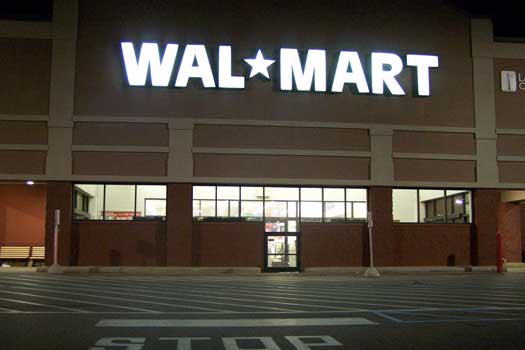 Two Jewish women were walking to the Monticello Wal-Mart from their nearby bungalow colony when they were robbed at gunpoint.

Sullivan County Undersheriff Eric Chaboty tells YWN Catskills, that two Orthodox women were walking on Anawana Lake Road near Walmart around 10:30PM, when they heard a noise behind them. Before they were able to turn around, one of them felt someone grabbing her pocketbook. They then witnessed a female perpetrator armed with a gun, and struggling to get the pocketbook.

In the struggle, the gun fell to the floor, and the perpetrator fled on foot towards WalMart, where she was seen getting into a small car.

Thankfully, no one was hurt – including their children who were walking with them at the time – and nothing was stolen.

The Sheriff Department responded along with Catskills Hatzolah. Chaboty tells YWN Catskills that the gun used is a pellet gun.

Deputies are investigating the incident, and are looking for a white female with brown hair and a ponytail, wearing a blue jacket with a zipper on the front.

If you have any further information that can assist this investigation, please contact the Sullivan County Sheriff Department.

This same Wal-Mart was the scene of the beating of three Lubavitcher Bochurim back in 2008.