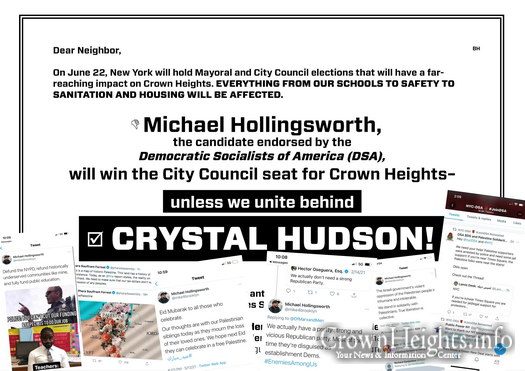 For The 35th City Council District, It’s Vote Crystal Hudson or Get a Socialist Antisemite

On June 22, New York will hold Mayoral and City Council elections that will have a far-reaching impact on Crown Heights. Everything from our schools to law enforcement to sanitation and housing will be affected.

Michael Hollingsworth, the candidate endorsed by the Democratic Socialists of America (DSA), will win the City Council seat for Crown Heights–unless we unite behind his opponent, Crystal Hudson.

The DSA is aligned with BDS and virulently anti-Israel, and rallied their supporters to aid the violent mob that attacked Jews in Times Square.

Michael Hollingsworth joined the DSA in demonizing Israel, while silent about Hamas attacks on civilians and resulting street violence against Jews. He is the only candidate in Crown Heights history to have no serious dialogue with the Jewish Community.

Polling shows Crystal Hudson as the only candidate who can possibly beat him. Crystal was part of Laurie Cumbo’s staff and her campaign has ongoing dialogue with the Jewish community.

The Democratic Socialists of America already succeeded in putting anti-Israel Phara Souffrant Forrest into the state Assembly. They want a foothold in the City Council through Michael Hollingsworth, with their headquarters in Crown Heights.

The impact of this election will be felt in our schools, our home and our streets. We must send a message to all politicians that siding with radical-leftists like DSA means electoral war with the Jews.

For those who may be away during the June 22 elections: early voting is open June 12 thru June 20. 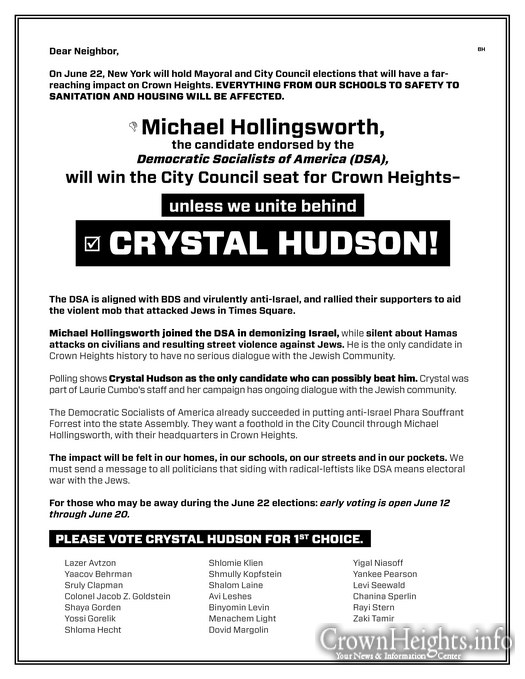 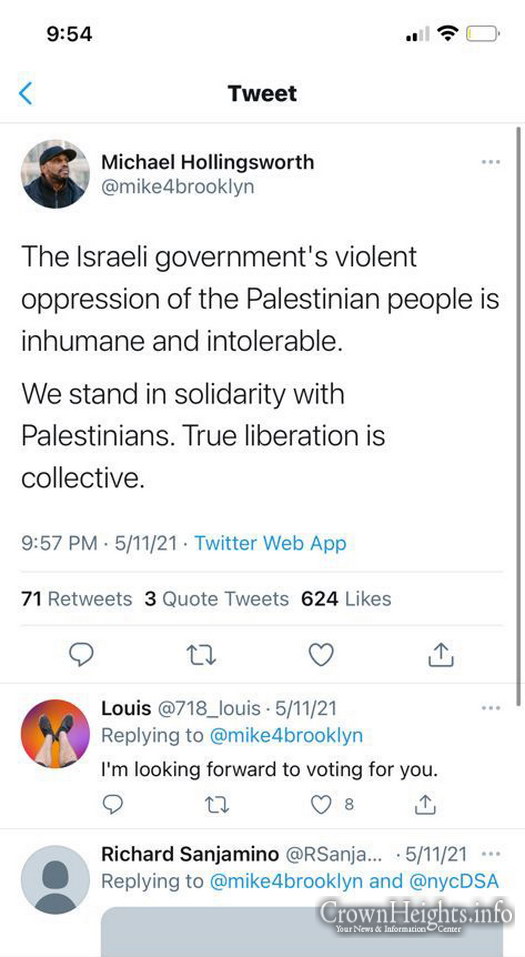 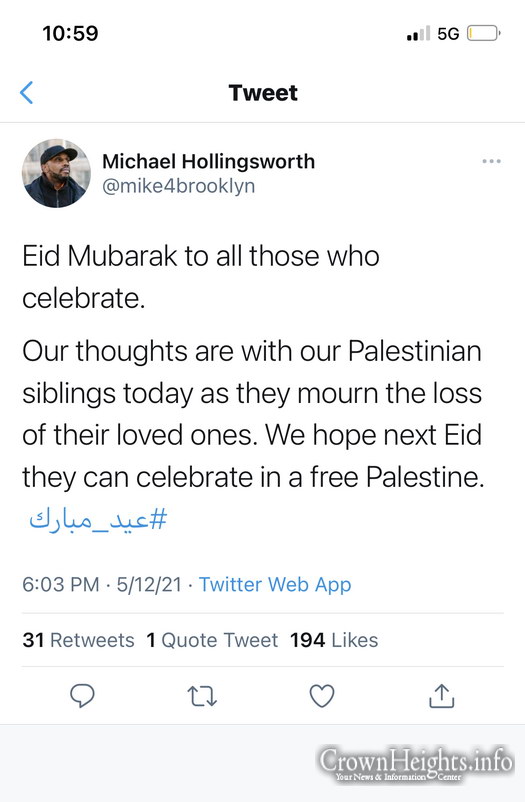 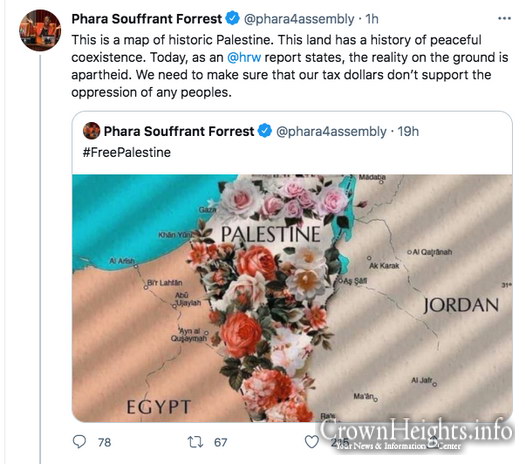 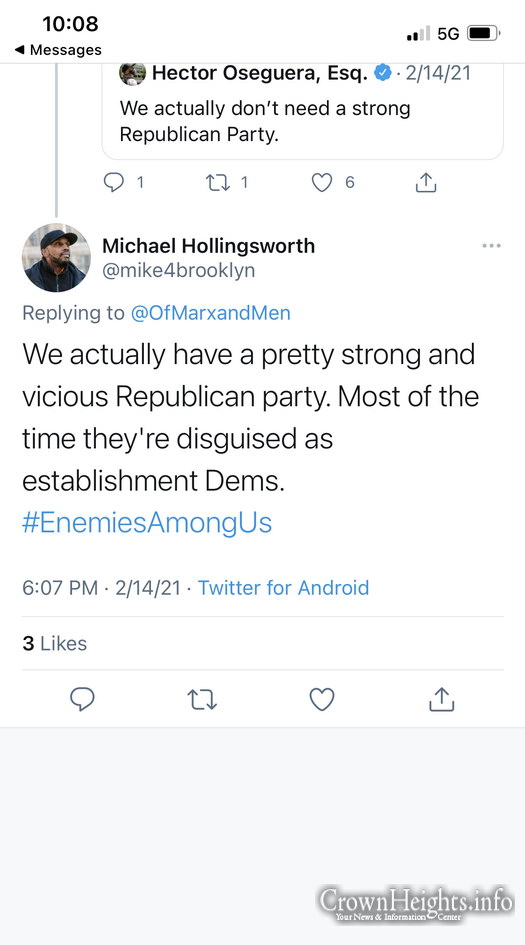 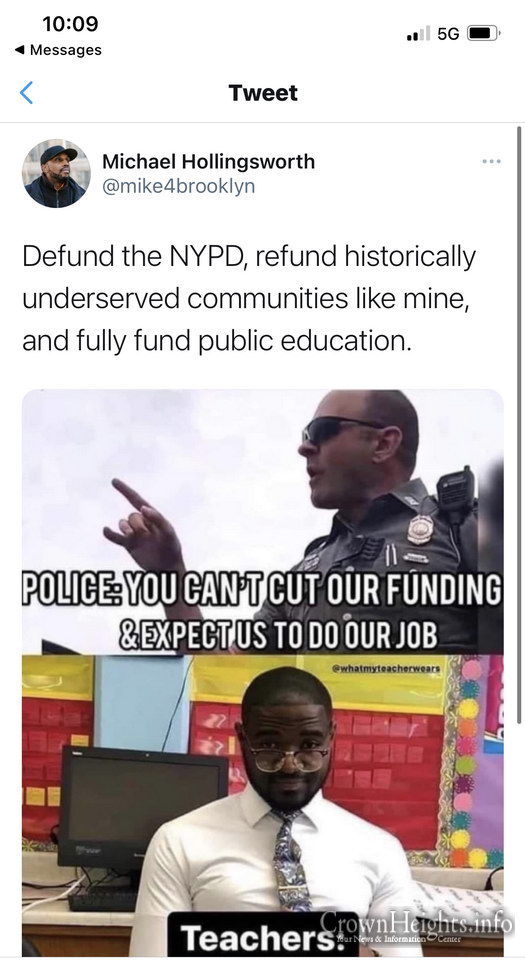