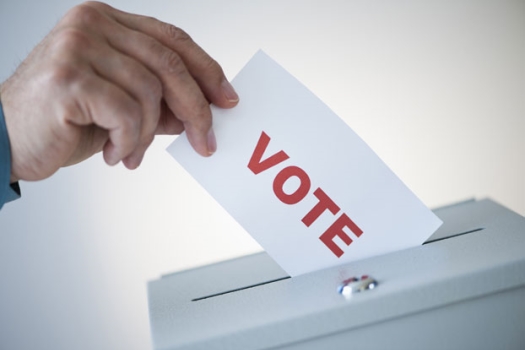 The 2021 Elections: Everything You Need To Know

Crown Heights healthcare executive and activist Yosef Hershkop, summarizes what everyone needs to know about the upcoming 2021 elections. The who, what, when, where, how, and why, all in summary.

It’s that time of the year again, and if you guessed election season then you guessed right. Anyhow, to keep this as short as possible I will focus on several points that are oftentimes brought up to me.

Question: What positions are being decided in this upcoming election?

Answer: We will be choosing the Democrat nominee for NYC Mayor, NYC comptroller, Brooklyn Borough President as well as all three City Council seats that are home to our community. Two of those three council races are critical as our votes may absolutely decide the winner, or at the very least prevent the DSA (Democratic Socialist Association) candidates from winning.

Question: Why should I participate in the Democrat primary if for the most part, I feel that my views more closely align with the Republican party?

Answer: The NYC Republican party is a complete mess right now; they don’t have the ability to win any of the citywide (both Republican candidates for Mayor have made anti yeshiva comments), borough-wide races and they definitely can’t win any of the three city council seats that make up the Crown Heights area. In fact, they aren’t even running candidates in some of these races, the GOP primaries are completely irrelevant this year. If you are currently a registered Republican it is too late to switch for this upcoming primary day but if you switch now you’ll be able to vote in the 2022 primary elections where we will hopefully be picking a new Governor etc.

Question: Why should I vote if none of the candidates with a realistic chance share my views? Why do I have to participate in this ‘sham’?

I will provide two answers here:

A) Luckily in almost every race there are decent choices with realistic chances of winning, and via ranked-choice voting, our votes actually count more. The top two candidates for Mayor for example are both known to be friendly to the Frum community and don’t support the breakdown in law and order we are witnessing right now, they are also both not interested in messing with our yeshivas. The same can’t be said for the 3rd place candidate, the leading progressive, who has a big chance of placing first via rank choice voting if we all stay home*. In the races for Comptroller and Borough president, there are also candidates who deserve our support. In the city council races, which in my opinion may actually be the most important, there’s a big chance we may end up being represented by someone who believes in ‘from the river to the sea’, the destruction of private business, and in making sure our yeshivas teach according to Marxist ideology. I’m not kidding! One of the leading candidates to represent the 35th district (home to a majority of our community) is an open socialist who wants Israel to be destroyed. In the 40th district it’s also a wide-open race where we need to study the candidates very closely and get behind those who are most respectful to us, and at minimum don’t want us dead (I can’t believe I have to write this).
*More on that in the next Q/A

B) The shorter answer is that unfortunately, our community doesn’t have the best track record of bringing out the votes. On a few occasions, we did a decent job, but the reality is that in the last 20 years our power (via the voting booth) has waned. The only way for us to even fathom putting up one of our own to run, or to give a conservative Democrat/Republican a serious chance at winning, is by us establishing facts on the ground. So let’s use this upcoming election to be the testing ground for these future opportunities. If we can bring out 2500 votes we will make up at least 10% of the vote in the 35th district, possibly even 20% depending on voter turnout, in a ranked-choice environment, those are significant numbers. Of course, there’s no real reason for us to not bring out 3500 votes but based on our poor voting history even 1800 will be a nice showing.

Question: OK, you’ve convinced me to vote and I even checked and I’m a registered democrat and so is my spouse and all of my family members who are of legal age etc. But who should I vote for? I see there are between half a dozen and a dozen candidates in each of the races?

Answer: Thanks to rank choice voting you can actually vote for up to 5 candidates ranking them 1 through 5 with your most preferred being #1. This system which was designed to harm frum voters may actually end up being a blessing for us if we play our cards right. Now, as for who you should vote for I will not be making endorsements or suggestions at this time for the simple reason that I believe that any voter who has the time to research each candidate can decide for themselves, and those who don’t have the time (most of us) may rely on the community leaders (askunim) you usually count on (for help navigating government) to give their endorsements. There’s nothing embarrassing about taking voting advice from those who deal with this field on a daily basis, and luckily it seems that for the first time in over 20 years the vast majority of leaders in our community will be working together to have a united endorsement front. If and when these endorsements are announced I strongly urge everyone to follow them, and even if for whatever reason you disagree vehemently with some of their 1st choices then at least put those as your number 2.

To sum this all up: Please just show up and vote smartly and then get all of your friends and family members to do the same. Shortly after this election, we will be able to know what kind of impact we had and then the goal will obviously be to keep our elected officials accountable and to do this again in the 2022 and 2024 elections.