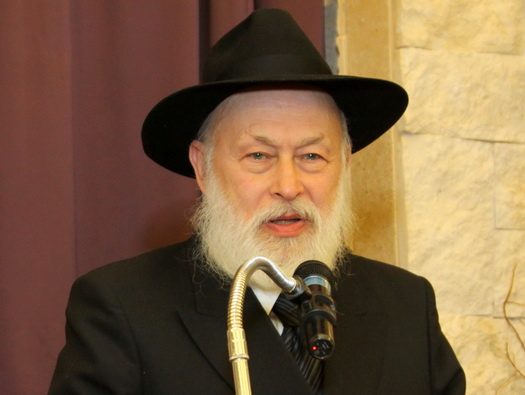 “Chabad-Lubavitch World Headquarters is gratified by the decision handed down last week by the Civil Court of the City of New York, confirming exclusive rights to control and manage the synagogue space at 770 Eastern Parkway in Brooklyn, New York, to its rightful owners.

In her decision, the judge, the Honorable Harriet L. Thompson, ruled that “the Gabboim have no legal rights to continue in possession,” and she further stated that the “Rebbe Menachem Mendel Schneerson determined the power and authority granted to the owners of these properties, not this Court. His intentions and only his intentions were made clear by granting full authority to the owners, through Boards of Trustees.”

In a profound statement, the Court added that “It is also clear to this Court that the Grand Rebbe was a brilliant man, full of wisdom, discernment and prophetic. The evidence supports the conclusion of this Court that the corporate structure of both corporations [Agudas Chassidei Chabad and Merkos L’Inyonei Chinuch] was the legal mechanism that the Rebbe, with the assistance of competent counsel, conceived to maintain control and possession of all the properties including the control of the Synagogue. The Rebbe had foresight beyond his years.”

The decision comes after Chabad sought injunctive relief against certain individuals who had defaced a plaque which was affixed to the exterior of the main building commemorating the laying of a cornerstone by the Lubavitcher Rebbe, Rabbi Menachem Mendel Schneerson. The plaque referred to the Rebbe in Hebrew terms transcribed in English as “of blessed memory.” These individuals were subsequently joined by the so-called “Gabboim” – who were attempting to seize control of the synagogue – in challenging Agudas’ and Merkos’ rights to operate and administer the entire premises including the synagogue space.”