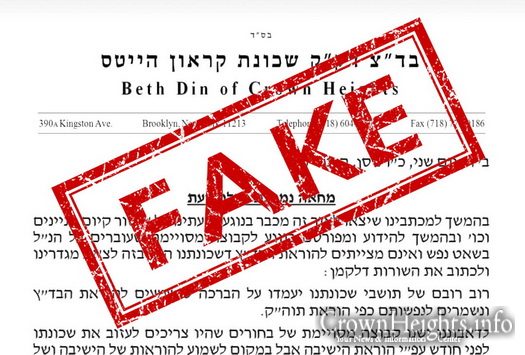 Spreading rumors is wrong. Forging a document is criminal.

The letter was not signed, but rather had the names of both Rabbi Osdoba and Rabbi Braun beneath, which has been seen on letters from the Beis Din recently.

“I have no knowledge of a letter from the Beis Din dated Chof Vov Nissan,” Rabbi Osdoba told CrownHeights.info. “But I do agree that the outdoor Minyanim are wrong.”

The sentiment was echoed by Rabbi Braun in a social media message where he confirmed that the letter was forged, and doubled down on the fact that the Minyanim should not be happening. He extended his denouncement to the Gabboim and administrators of 770, stating that it is their responsibility to enforce the closure.

The forged letter went far beyond calling out the Minyanim, narrowing the call out to a small group of bochurim, and claiming to allow “Mesira” against them.

On the message circulating from Rabbi Braun, he states that the Beis Din would not be making an official statement against the forgery, claiming that there was no point, and would only cause further confusion.

Despite their criminal act, the forgers of this document will likely never be exposed. 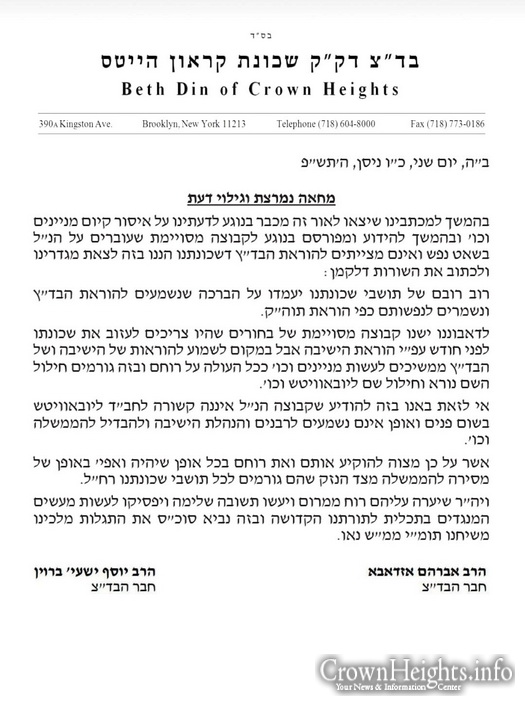