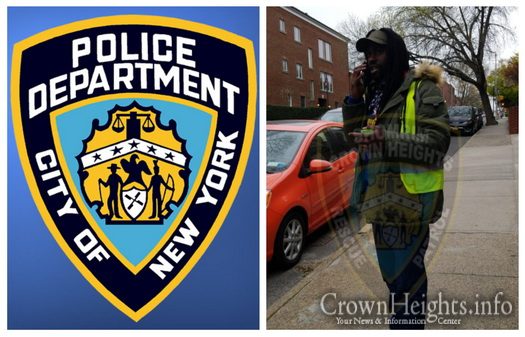 If someone physically assaults another, we teach our children to call the police.

If someone attempts to lure them, we teach our children to turn to the police for help.

When someone threatens or makes dangerous remarks, we teach our children that if you see something, you say something, and right away call the police.

But what do you do when the police are not helping, rather playing a double standard?

On Friday, Crown Heights Shomrim published an alert following at least two incidents where a deranged person attempted to lure children and made threatening actions against a Crown Heights woman.

Less than twenty four hours and more incidents later, Shomrim published a Public Service Announcement, begging the community to do their communal duty and file police reports. They sloganed their PSA “No Police Report, No Crime,” noting that without a report, the police were unable to do their job.

Yet just a few, short hours after it being posted, reports began surfacing that the police were refusing to accept the reports, and claiming that the incidents were just “harassment,” and that they could do nothing about them.

Speaking to an officer, one resident reported that they were told that “He didn’t do a crime, so nothing to report.”

In other words – No report, No crime. No crime, No report –, and the community will just have to live with it.

On the other hand, the police seem to be ready to make arrests within the Jewish community, making multiple arrests of Jews in Crown Heights for trespassing, assault, and three allegedly arrested for not following social distancing guidelines.

This seemingly double standard extends beyond just Crown Heights’s 71st Precinct. A young man pushing a carriage in the 67th Precinct which borders Crown Heights, was slapped across the face in a completely unprovoked assault, and the police just shrugged it off.

“I was pushing a 1 year old in a stroller, wearing gloves & mask,” wrote Mendy Goldshmid on twitter. “Have earphones in, & a teen (part of group) asks me while crossing the intersection if he can ask a question, sure, “where is the closest park to here?” I shrugged & said idk, he then slapped me across the face.”

Shocked as he was, Mendy followed the teens and called 911. “Response time was great,” noted Mendy, but the police claimed that “there’s nothing they can do unless they themselves witnessed the assault.”

Over the past few years, the 71st Precinct in Crown Heights has been very responsive to the Crown Heights Jewish community, policing and protecting the community in a fair and collaborative way. Even recently, during the COVID-19 outbreak, they have continued to work with the community through the many levayas and special situations in the shchuna.

Yet, for some reason, the police seem unwilling to deal with a single dangerous man, breeding the feeling of a double standard growing against the community.

The following videos were posted on social media by the man luring children and harassing woman in Crown Heights:

When NIGGER BiT… Sell you OuT FoUr ..