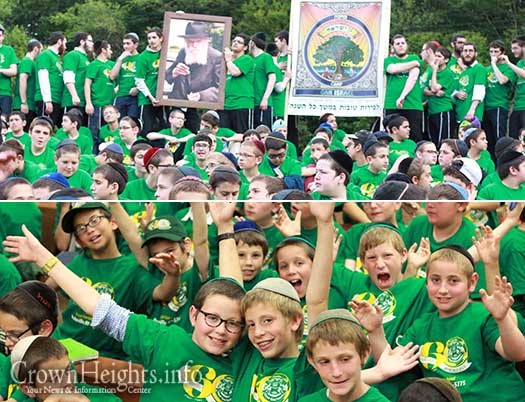 The past two summers I have been a counselor at  an overnight camp. Around two months ago, being a devoted counselor, I made phone calls to all my campers from the past 2 years, asking them if they will be coming back to camp for a 3rd year. To my surprise two of my campers told me “No, this year I will be in Crown Heights for the summer!” When I asked them why, their reply was “my parents can’t afford it!”

I was totally lost for words, here I am on the phone with a 12 year old, telling me his parents financial problems. After around 30 seconds of complete silence, I said, “oh I understand I’ll see if I can speak to the directors to get a discount, goodbye.”

Immediately after that phone call, I passed on a message to the Head counselor asking him to speak to the director and see if they can get any discounts for them. Sure enough those two campers are now enrolled for both months this summer. A massive Thank you director and the other sponsors.

Yet they are not the only ones. I have a few more campers that I know of, as well as campers from other camps which are going only for one month due to the price.

Another camper, which came last summer for his first time to a Lubavicher camp, is not coming to Camp this year due to financial issues! And I’m sure he’s not the only one!

What is a thirteen-year-old meant to be doing in Crown Heights the whole summer, knowing that all his friends are right now in Camp having fun?

It doesn’t make a difference which camp, it’s a general problem that the camp tuition is outrageous! I know there are a lot of funds and discounts from third parties and from camps themselves, but it’s still nowhere near affordable for a lot of Crown Heights families never mind shluchim.

I know a shliach in Europe that his kids just finished online school for the year, now they will be home with absolutely nothing to do for the next two and a half months!

Please donate generously and I will give out the money to however many people possible according to how much we fund raise. Thank you very much!

To donate and help a child go to camp: Click Here