« A Monsey Fundraiser, to Keep the Teachers Paid
JEM: Rabbi Yolles to the Rebbe: You Need to Sleep » 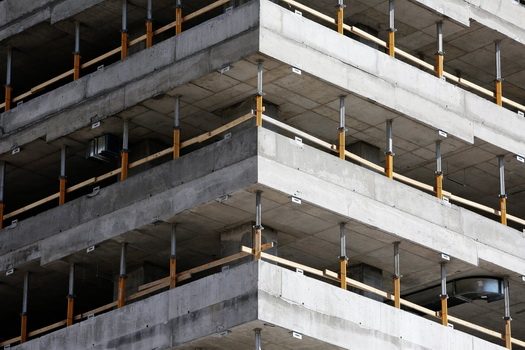 A massive affordable housing development is planned for the southern section of Crown Heights. The fine print, nearly all of the Crown Heights area residents will not be eligible.

Governor Andrew Cuomo has earmarked hundreds of Millions in taxpayer dollars for his Vital Brooklyn initiative. The initiative includes upgrading the access to healthcare, as well as affordable housing in central Brooklyn.

To be eligible for some of the housing, a person can not make more than 60 percent of the area median income, which based on Brooklyn’s’ average family earnings, is approximately $27,000 a year. Other housing has been set aside for the formerly homeless, developmentally disabled, and previously incarcerated.

A press release by the Governors office states, “Governor Andrew M. Cuomo today announced four winning proposals that will collectively create more than 2,700 100-percent affordable homes in central Brooklyn with apartments and supportive services for the developmentally disabled, individuals aging out of foster care, and chronically homeless families. The developments will advance the Vital Brooklyn initiative’s $578 million commitment to build 4,000 units of affordable housing. The Governor also announced the release of a second round Vital Brooklyn affordable housing request for proposals to construct homes on seven parcels of land controlled by the State, owned by One Brooklyn Health System Inc. and the Health Science Center at Brooklyn Foundation.”

The second set of developments being built are on land in the Crown Heights Community. These include Site E. found on Schenectady Ave on the corner of the Kingsbrook Jewish Hospital. Site F, which is also on the Kinsbrook Jewish Medical Center Campus. Site G&H, located on Rutland Rd and East 49th St. Site K, found on East 49th St and Utica Ave. and site L, located on Clarkson Ave and New York Ave.

The breakdown of housing available in the new developments will include over 4,000 apartments. Of those, priority will be given to those with very low incomes, seniors, developmentally disabled, and those who were formerly incarcerated.

These housing developments have worried the community that the increase in mentally ill and formerly incarcerated will cause security issues in the community. Recent violent crimes, as well as a spate of petty and mentally ill related crimes have plagued the community, leaving many worried for their safety.

Another concern in all these developments is that little regard appears to have been given towards the neighborhoods Jewish residents, who themselves are being priced out of the neighborhood in which they group. Between the risings rents and costs of homes, as well as the new developments with one or fewer bedrooms, catering towards the gentrifying needs, little regard or thought has been given for those of Jewish families with 2 or more children.

Another new housing project, a 16 floor high rise, is slated for 40 Crown Street and 931 Carroll Street in Crown Heights. Although not specifically set aside for affordable housing, Crown Heights Councilwoman Laurie Cumbo, who initially apposed upzoning for a development at the site of the former spice factory, rallied behind the developers and assisted them in the upzoning.

According to the Brooklyn Paper, the developer’s request to upzone the sites was approved after the developers virtually doubled the amount of affordable housing included in the contested project. This would bring the total of affordable apartments in the development to 258.

When asked about security concerns, he responded that no security issues have been noted from similar developments, and none are expected from these as well.

« A Monsey Fundraiser, to Keep the Teachers Paid
JEM: Rabbi Yolles to the Rebbe: You Need to Sleep »